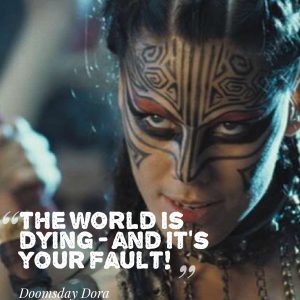 Recently I sank into a funk. For over an hour, a voice in my head had been accusing me of terrible things. Like not doing enough to save the planet – and thereby being responsible for its imminent demise. Of being so blinded by my privilege and selfishness that I let people starve and species go extinct. Its vicious tone left me paralyzed with guilt.

Then suddenly a light bulb went on.  I realized that this voice was not the real me! It was yet another sneaky Inner Mean Girl that I’d unknowingly created long ago, beating me up with her big fat lies. Like the other Inner Mean Girls I had identified (Hard-Driving Helen, Stubborn Susie and Unpopular Edna), this voice had been controlling me for far too long.  I dubbed her Doomsday Dora, took out a pen and paper and let her rant. It was the first step in getting free of her oppressive lies, as I’d learned in Amy Ahlers and Christine Arylo’s terrific book, Reform Your Inner Mean Girl: Seven Steps to Stop Bullying Yourself and Start Loving Yourself.

Mean girls are rampant in our culture, so it’s no surprise they’d also be living in our heads. Regena Thomashauer, author of Pussy: A Reclamation, dedicated her blog this week to the topic. “Mean girl behavior is worse than ever as a result of social media,” she noted. “So many women have internalized the message of the patriarchal culture to such a profound degree that, without even being conscious of it, we carry buckets of self-hatred around with us, dousing ourselves over and over again with reasons why we are not enough, why we are wrong, why we suck.”

Which is why it’s so important, no matter your gender, to identify those voices and begin to listen to your inner wisdom instead. And we’ve got the perfect Full Moon this weekend for that purpose. It’s in the clever air sign of Gemini (Sunday Dec. 3 at 7:47 am, PST). Yet this Full Moon is a tricky one; the Sun and Moon square nebulous Neptune, which can foster deception and fantasy – but can also help us connect with a deeper truth.

Complicating things further, Gemini’s ruler Mercury stations retrograde in close proximity to sobering Saturn the night before the Full Moon. Since Mercury begins its three-week backward journey by making this aspect, we can expect some “reality checks” along the way. By the time Mercury rejoins Saturn in mid-January, Saturn will be in Capricorn – a sign in which it flourishes. That will be an excellent time to make firm decisions.

In the meantime, things are up in the air. Mars opposes Uranus this Friday, catalyzing the unexpected. With so much unpredictable energy afoot near the Full Moon, it’s wise to not schedule important discussions or events right now. It’s a pretty sure bet you’re going to get something wrong or put your foot into it. A better idea is to go within and cultivate your intuitive knowing. Don’t fall prey to mean voices within or without and end up depressed, confused or angry. Make the effort to isolate those negative voices and free yourself of their tyranny. If you start to feel awful, realize there’s an Inner Mean Girl (or Boy) at work. Pick up a pen and paper and let the voice have its say. Do not edit, just get it all out. Then give the voice a name, so you can identify it the next time it appears. You might want to have a dialog with it, and ask what it needs. (It’s actually trying to protect you in its own primitive way). Near the Full Moon, light a blue candle to honor Gemini, and burn the paper if you wish. Next, come up with at least one positive statement, such as “I am a blessing to the world!” Then turn on some music and sing and/or dance it alive.

You’ll find a more elaborate Gemini Full Moon ritual in my book, Moon Power: Lunar Rituals for Connecting with Your Inner Goddess – which also makes a terrific holiday gift for that special, spiritually-inclined girl or woman. And, I invite you to contact me for an in-depth look at what 2018 holds for you. Through Dec. 15, when you order a Power Consultation for yourself at the regular price, you’ll receive another at HALF OFF as a gift for someone you love.

6 thoughts on “Gemini Full Moon: The Voices in Your Head” 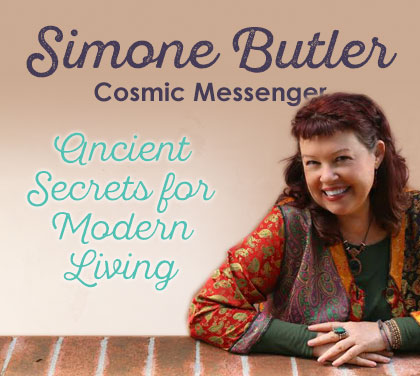